By Tiger Singleton
Under Meditate Now Podcast, with Audio, with Transcript & with Video
10 min read

Welcome to the Meditate Now podcast.

We are going to hang out for a little bit and allow ourselves to come back to the present moment, connect with something that's more real and true, and potentially, if it's desired, maybe discover a bit of guidance for yourself and whatever it is you might be journeying through.

The topic for today is, How Do I Heal Relationship Conflict?

The format of this, as always, is I want to share a few words and thoughts about this topic, and then we will settle into a meditative space and take a guided journey to allow us to maybe heal some relationship conflict. I'm smiling because as I reflect on this topic, I can look at my experience from the past couple of days and I think, “wow, I could have some relationship conflict.” 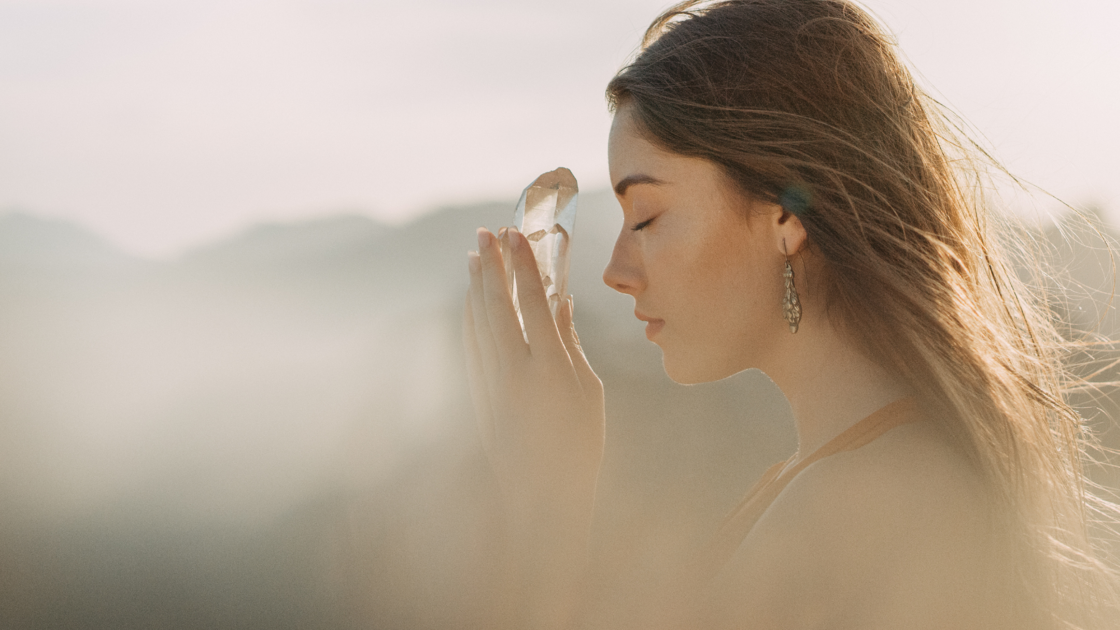 You Are Already Complete

It is an option to see life in such a way that sees other people as having the power to disturb us emotionally and to believe that our disturbance is caused by someone out there.

However, we remain with a sense of powerlessness that feels that the other person must change, must do what we want, and must stop doing what we want them to stop doing in order for us to be with peace and wellness.

But you know, this is the funny thing about relational conflict, in the traditional way, we can assume that healing relationship conflict means, “I get what I want. If only I got what I wanted, then there wouldn't be conflict,” and I just invite us to see that for a second.

So the assumption is that “In order for this to be healed, the person over there needs to do what I want them to do.” But that's not really healing. 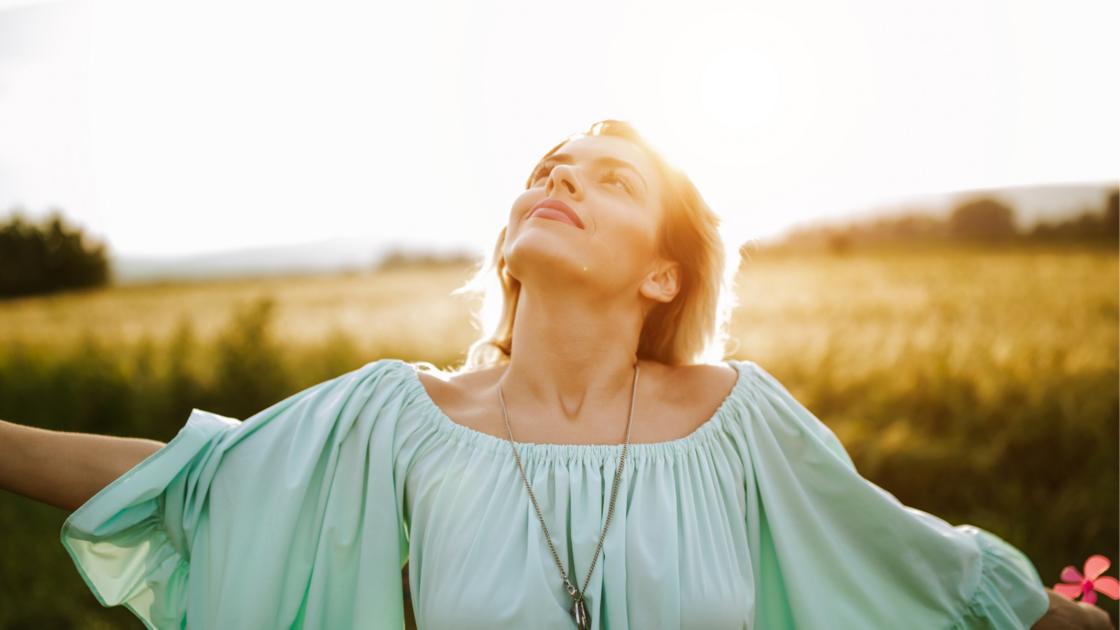 Be Open To Let Go

This is important to see because if you really want to connect with healing— especially as it relates to relationship conflict— it's important to see that it has nothing to do with getting what you want from the other person.

So maybe we can just start there, and as we enter this meditation, we can enter with a bit of openness that recognizes, “Oh, okay. Well, if I'm going to invite some sort of healing for this conflict, am I open to letting go of what I think I want from the other person?” And I'll tell you what, if there's a conflict, you want something from the other person.

So just bring some awareness to that, the possibility of openness that says, “okay, well, I might not get what I want, and maybe that's okay.” If it doesn't seem like it's okay, then investigate that determination that really believes you can't be whole and complete unless somebody else does what you want them to do.

Now, look at how that just proclaims yourself as powerless unless somebody else does something that you have no control over, which, of course, is why we get violent in a way that we try to get control over their experience. But okay, let's dive into this meditation and see where it takes us. Here we go. 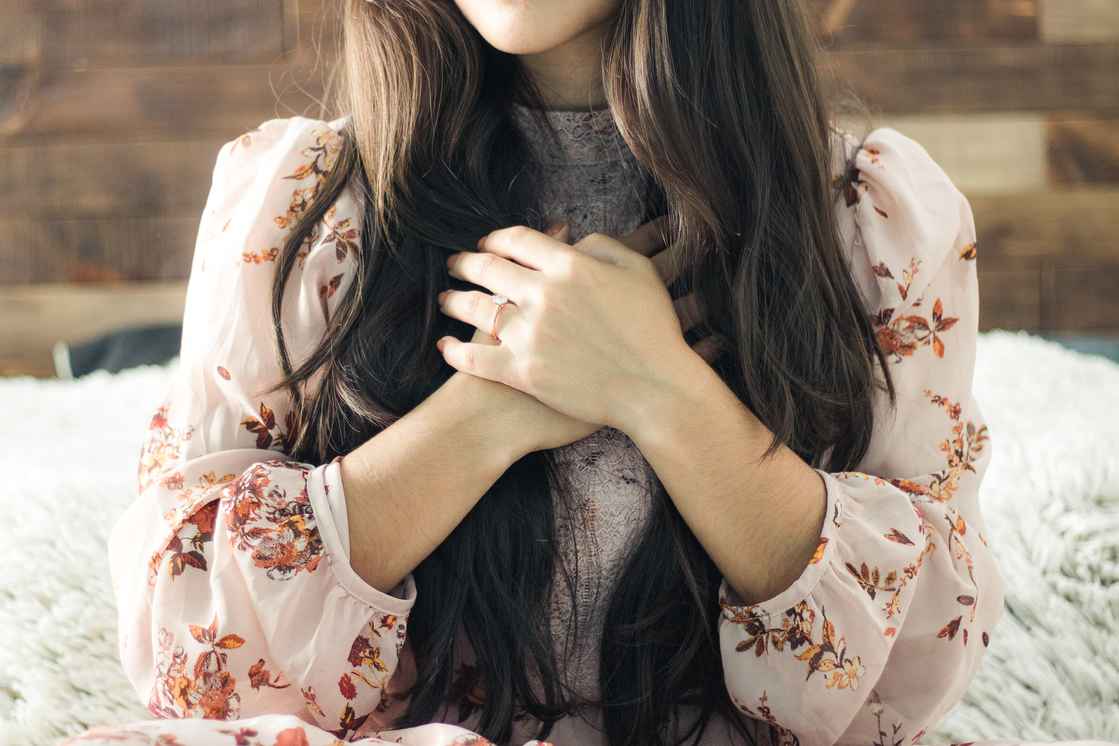 Just allow yourself to be here with me.

Invite a relaxation and just bring everything that you are into this moment.

We're going to create some space on the inside to allow ourselves to feel more open.

So we take a few slow moments, just allow ourselves to get settled. Here we are right now.

Before we look at that, can we just check in with our hearts for a second? Before we go running around trying to fix something or change something in the world or in our lives, let's just be with ourselves for a moment.

If you're experiencing relationship conflict, can we take a moment and acknowledge the conflict that might be in our own hearts? 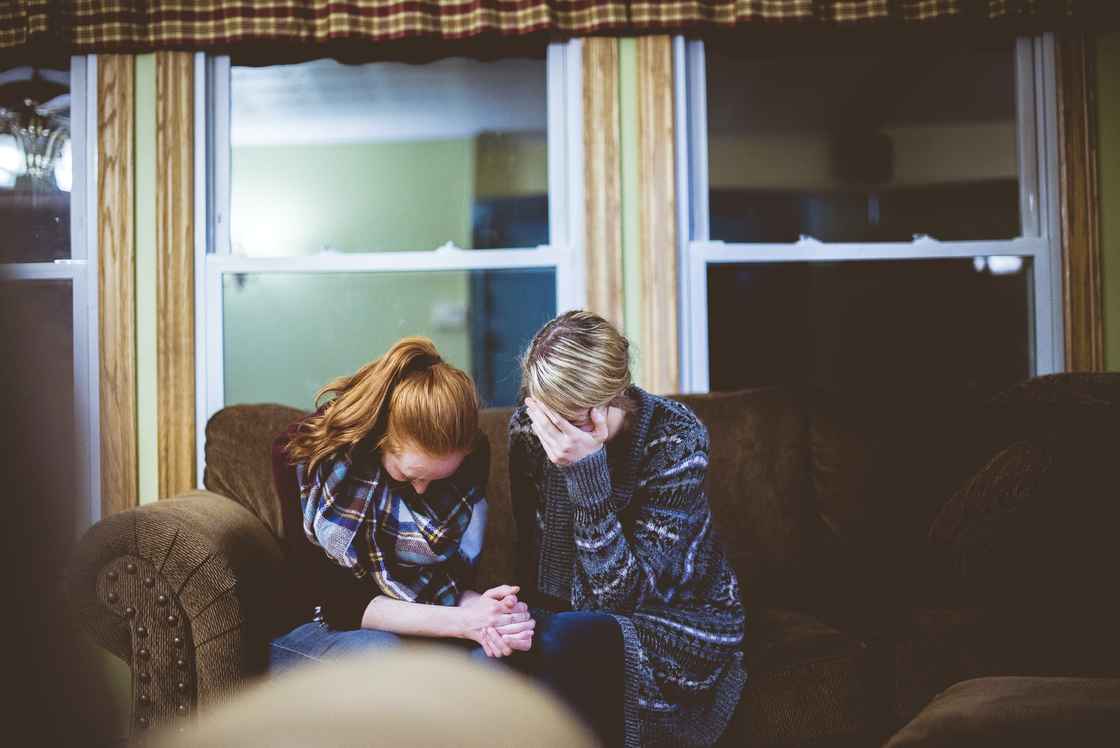 Acknowledge The Fear Behind All Conflicts

It's almost like asking, why is this conflict even conflict? What's going on inside of you?

And, you know, whatever it is that might come up, I invite you to recognize a sincerity that just sees that… you're scared. And in that fear, we want so badly to not be afraid. We think that “if only they would do this or they would do that, then I wouldn't have to be afraid anymore.”

It's important to acknowledge this fear behind all conflicts. It's important because that's what it is, it's the truth. In order for me to have a conflict with another human being, I have to first be scared and that usually is a fear of not getting what I think I want. Then I think that “if I don't get that, then there's some sort of impending doom for what I am.”

I invite you to recognize whatever it is you're afraid of being without. Can you connect with an okayness and see this for a moment?

The mind can imagine so many disasters, so many future moments to be afraid of. In this imagination, we become scared and then we start frantically doing what we can to avoid those future scary moments. And in that fear, we start demanding things from other people. 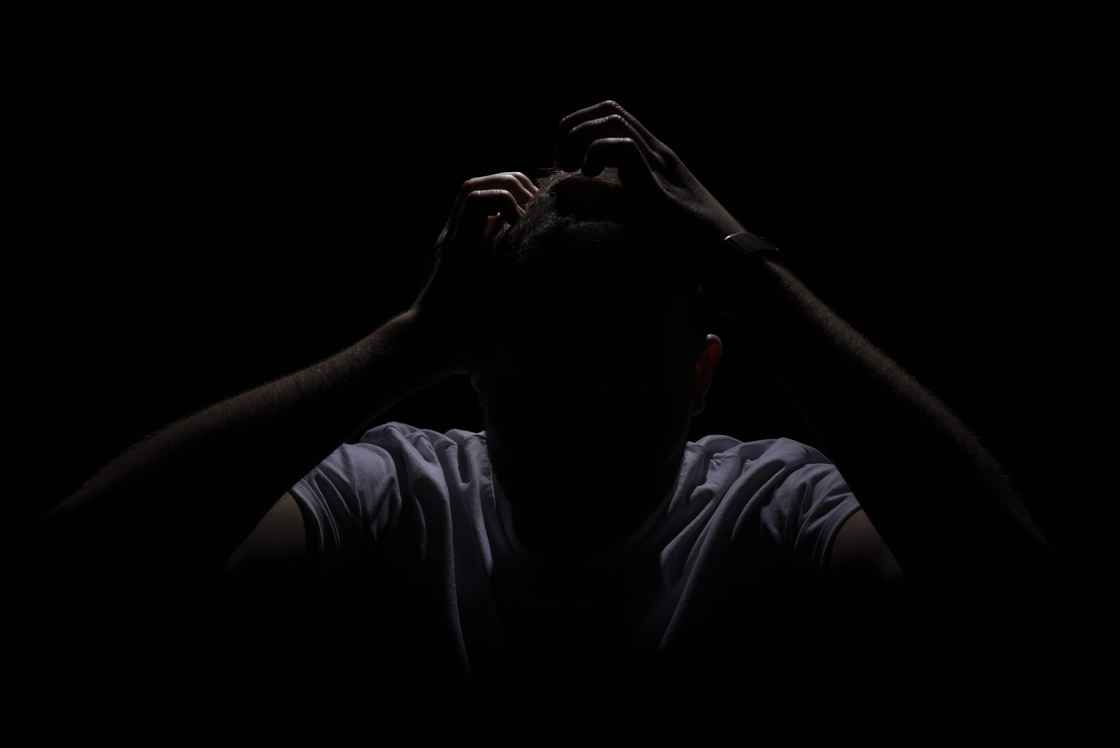 We Fear Our Imagination

Meditation is an invitation to just come back to this moment and see that actually, you're okay. Sure, things might not be going how you thought they were going to go, welcome to life, and that's okay.

But here you are. You made it to this moment.

Here's something that's really important as it relates to harmonious relationships. I'll point to this in the best way that I can in these short moments together.

This is what we fear. We fear the imagination.

If you can really see that, do you see how also in our relationship conflict, we tend to blame the other person for our fear and our imagination? Then we want them to not be them, but to be what we want them to be so that we can resolve our own dilemma of fear. Do you see that this is where the conflict comes from? 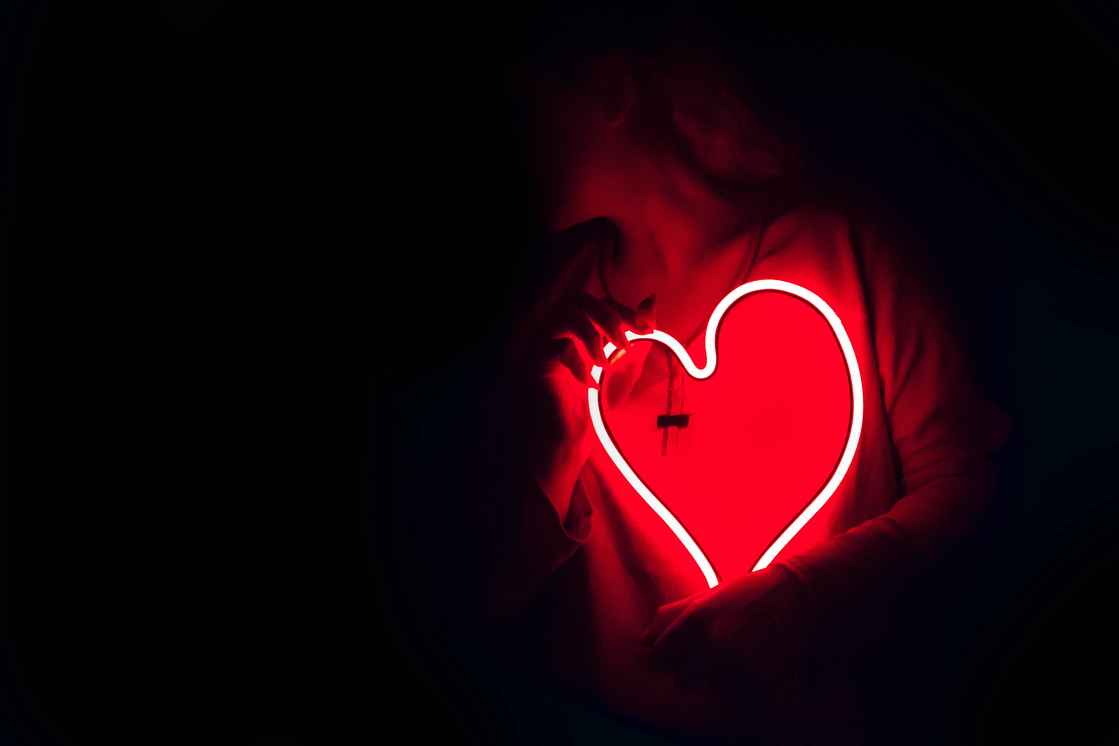 You Have The Authority To Address The Conflict

It looks like an external conflict, but really it's an inner conflict. To feel separate from your own wholeness inside yourself, and then want somebody else to fix it by not being them. Maybe at times, it looks like they fix it, but then when you find out they didn't, we play the conflict game all over again.

Can you recognize that openness that releases blame that says it's their fault that you're afraid? It's not wrong to be afraid, however, if you blame that fear on somebody else, then you can't actually address it within your own authority.

This is real healing— returning to the wholeness that you already are. The remedy to your fear is already within you. But in order to really connect with this, we're invited to forgive that which we are blaming.

As you bring some loving attention and awareness to this fear, coming back to the present moment, seeing that you're not fearing anything real, you can relax a little bit and maybe realize that you don't need from them what you think you need from them, or it's not nearly as important as the mind is making it out to be, or if there is something that you genuinely need, maybe it's not to come through them. Maybe it's coming from somewhere else. 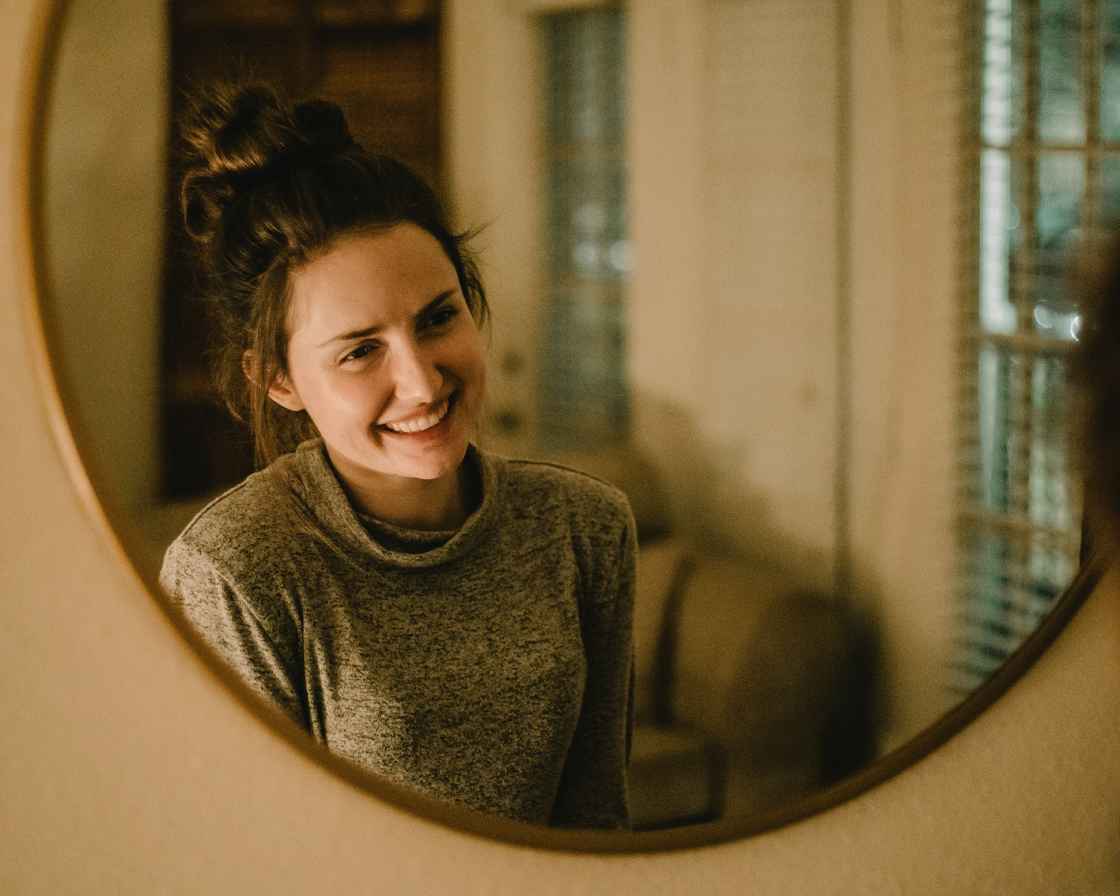 Trust The Truth Of Who You Are

This invites a great trust, which is not a trust in what you think you want. It's not even the trust we give to other people. It's a trust in the truth of what you are beyond all the mind's noise. Trust that whether this works out or not, whether they do this or don't do that, you remain whole and complete.

This invites such a profound space of openness in your communication with them. It reduces an enormous amount of intensity. It removes the energy of blame, which often only fuels the conflict.

In this, you can simply release the other person to be the other person and go on their journey while you share your concern or your desire, but also knowing that fundamentally, you don't really need what they have.

You see, my friend, healing, in every case, is about seeing more of what's true. And so often in our human experience, we think healing is about what we get and about what we do. So we exhaust ourselves trying to heal something when really the invitation is to be still and see that maybe it's already done and you just don't see it yet.

So breathe, dear one. Breathe. Come back to reality.

See that at this moment you're whole and complete, and nobody can take that from you.