17) When People Gossip About You - Meditate Now

By Tiger Singleton
Under Meditate Now Podcast, with Audio, with Transcript & with Video
10 min read

Welcome to this live broadcast of the “Meditate Now” podcast. This is going to be fun because that's just what we do. It's a really fascinating thing to see the things that we take seriously and how that seriousness restricts what we might call the play. It's like we think things are serious, but when you zoom out a little bit, it's like, oh, this doesn't mean what I think it means, right? Because that's the seriousness. The seriousness is in the meaning that we give it. To look beyond that meaning and to see what's actually happening you see that it's not serious at all.

And I guess that's kind of on the topic of today's episode: “When People Gossip About You”. This is inspired, of course, by the community, as someone sent me a message and they said “Hey, what about when people gossip about you?”

So that's the title — When People Gossip About You, meditate now. I love this from personal experience. I feel like there's a lot of beautiful insight to be shared, because in doing what I do, essentially putting myself out there, there's so much noise that can happen from people not liking what you're putting out there, from people being jealous of what you're putting out there, from people wanting you to do something else, what they want you to do, and you're not available to do that anymore.

So, they take it as being rejected, which creates pain. And in that pain, they want to retaliate for the imaginary rejection. 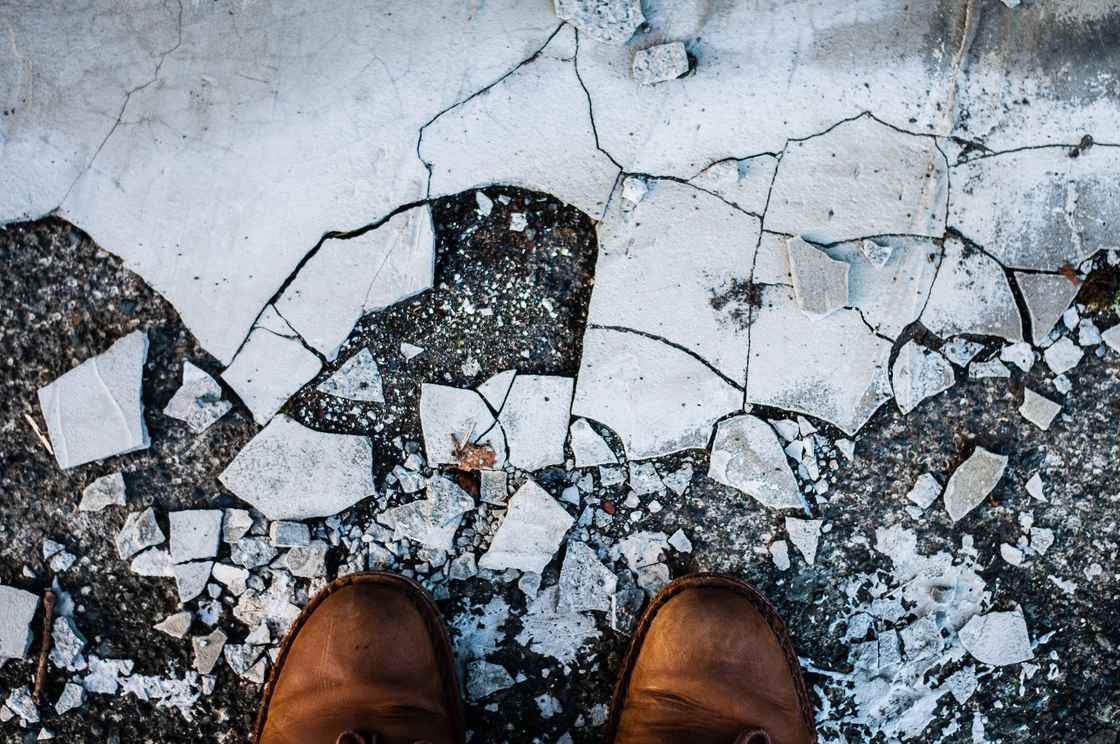 It's just really fascinating. It's fascinating that we would spend our time trying to tear somebody else down, when really if you were just busy following your own heart and doing what you love to do, not only would you just not have any interest in that, you wouldn't have the time. It would be a waste of energy, man.

Also, we've all played the game of gossiping and saying nasty things about other people, and it's kind of a gross feeling. I mean, sure, the ego feels empowered for a little bit, but then afterward you're like, "Wow, why did I say that about that person? I don't really know that.” 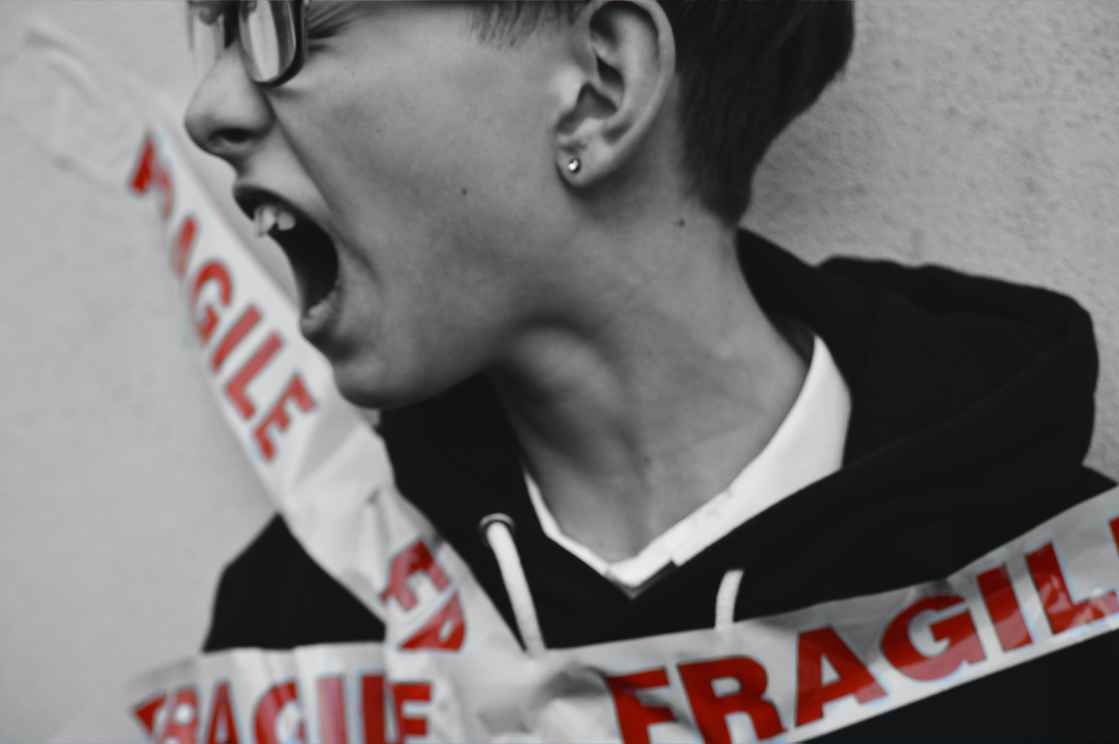 The Heart of the Matter

I think that really points to the heart of the matter. Even if we think we know things, there's such a bigger picture. Especially for gossiping about the things that we think we know. If you look at the intent behind the gossiping, that's what's interesting, right? There's a subtle intent that wants to destroy, that wants to devalue for all sorts of adorably nasty reasons.

That's the topic of this meditation, which is just an opportunity to be still and discern the difference between what you think is happening and what's really happening. In that discernment, we'll connect with reality and see more and more that there is less and less to be afraid of.

Naturally, where there is less and less to be afraid of, there's more and more to love. It's beautiful how that works.

If you're listening to this, if the title struck some curiosity, maybe you're in that situation where other people talk about you. Oh, well, time to carry on. So let's do that. Let's just jump into this meditation and see where it goes. 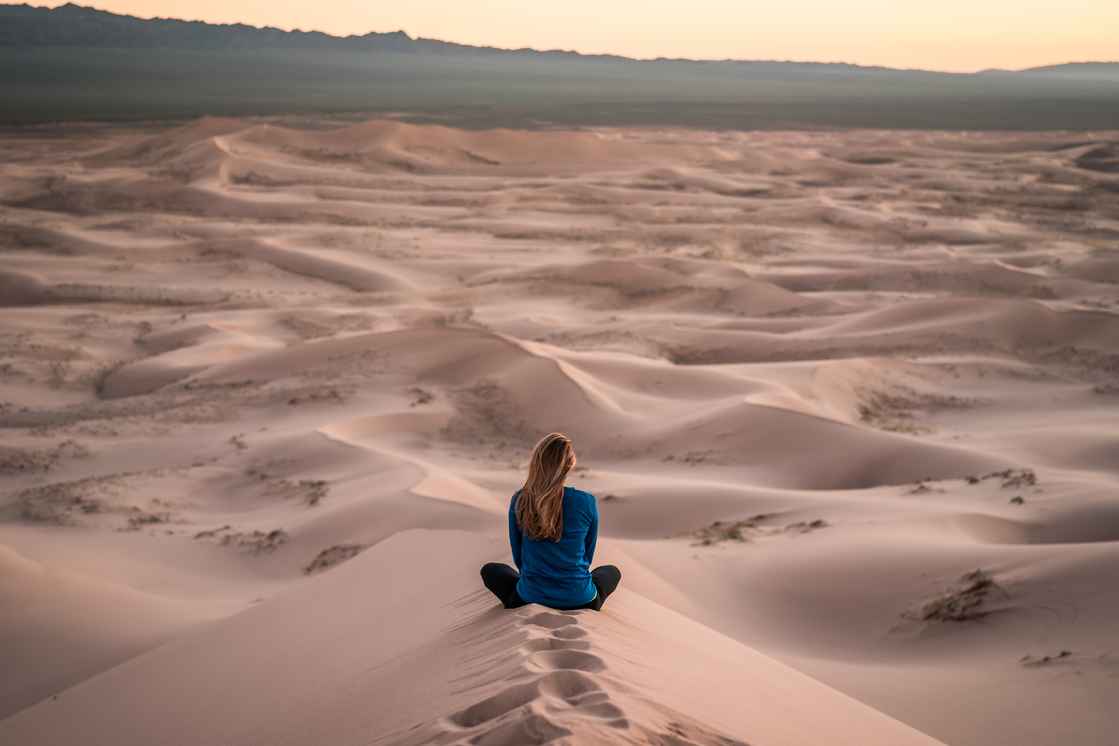 The Mind Does What It Does

All right. Welcome. Acknowledge the present moment. We can recognize that the mind does what it does. It thinks about this, that, and the other. But we're just going to recognize that we're here right now and allow ourselves to be here.

I invite you to breathe into that.

Here you are, right now.

Take some good, deep breaths, too.

This is a gift that we get to give ourselves, this short moment together. So let's breathe into it.

Breathe, my friend. Be here with me.

It's possible that you might be bothered, twisted on the inside, frustrated with this, that, and the other. But I want us to recognize something, and that is reality.

Just notice, and then relax a little bit more into what's actually happening.

In the experience where people might be gossiping about you, let's see that we can turn that into something that it's not.

Even in the play of what people might be saying, see that you give it a meaning. It means this... It means that...

But even that meaning isn't here right now. It doesn't really mean that.

We can acknowledge a deeper sincerity that recognizes that we're just scared.

We're scared that what people might say might mean this about our future, afraid we won't get what we only think we want. 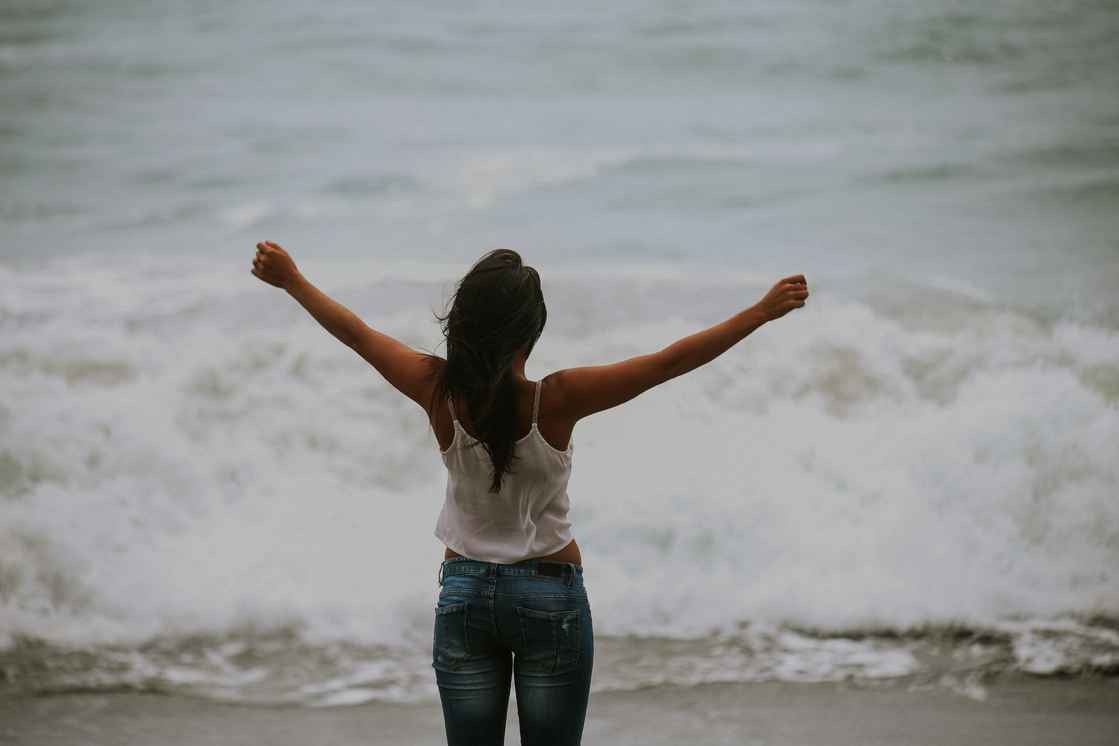 Be Free; Be Who You Really Are

I invite you to see the power that is given away. It's like saying, if only they weren't who they were, then I could relax, then I could be free, which means you are their prisoner. That's not true.

You can think that. You can believe that, but it's not actually true.

Do we really want to spend our energy being so concerned about what people think about us?

I find that interesting. I find it interesting because if that's my concern, I don't spend my time doing what excites my own heart.

I don't spend my time authentically being me.

I spend my time trying to manipulate people's opinions about me.

I spend my time trying to be who other people want me to be because I want them to see me a certain way.

I want them to have certain thoughts about me, which just means I can't be me.

That's not what I really want.

You know what's fascinating is, I can't do that unless I let everybody else be free.

I have to let go of them if I want to be free.

Part of the dilemma here is that we think that what other people say gets in the way of what we want.

The big confusion is the idea that I want the future to look a certain way, and I think other people can get in my way.

This is to say I'm confused about what I want, thinking that the future has some sort of prize that I'm missing right now. 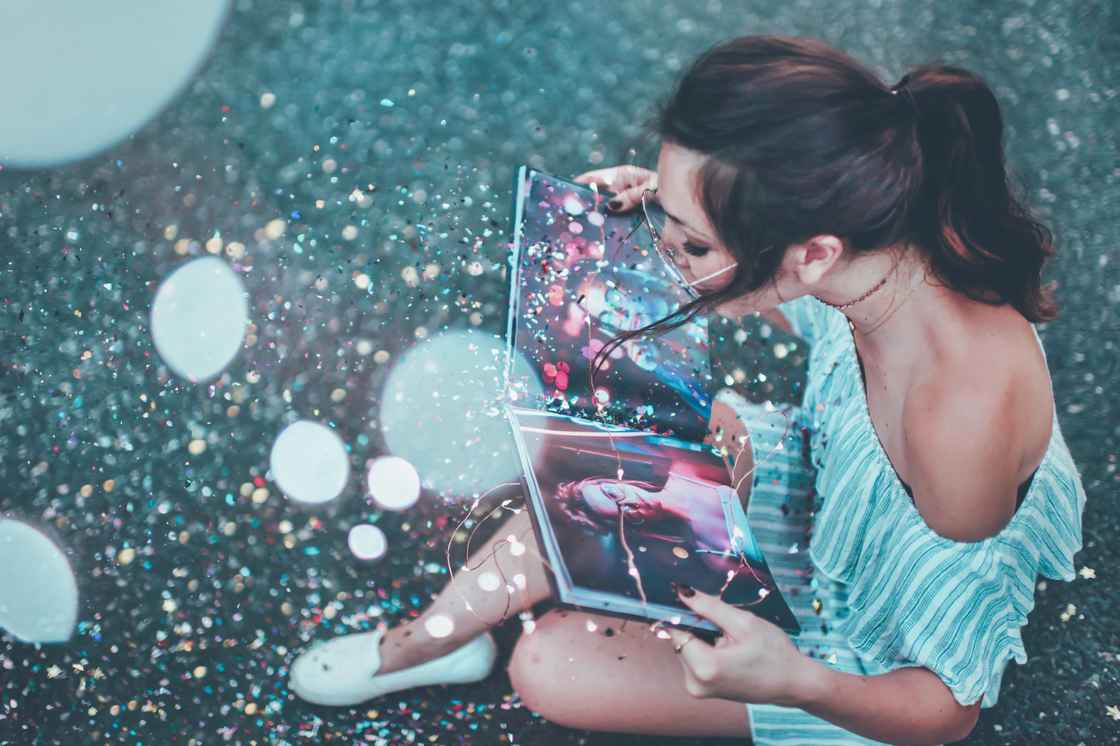 Freedom To Be Me

In the way that people can't really take your power. You have to give it to them.

In the way that people try to take power from other people is through fear, so they say fearful things.

But my dear, there's nothing to fear.

There's nothing real to fear.

We only fear the contents of our imagination.

I invite you to see that it's super profound.

You're not afraid of anything in reality.

We're afraid of the mind's content, the imaginary monsters, what we think things mean, and they don't mean that. 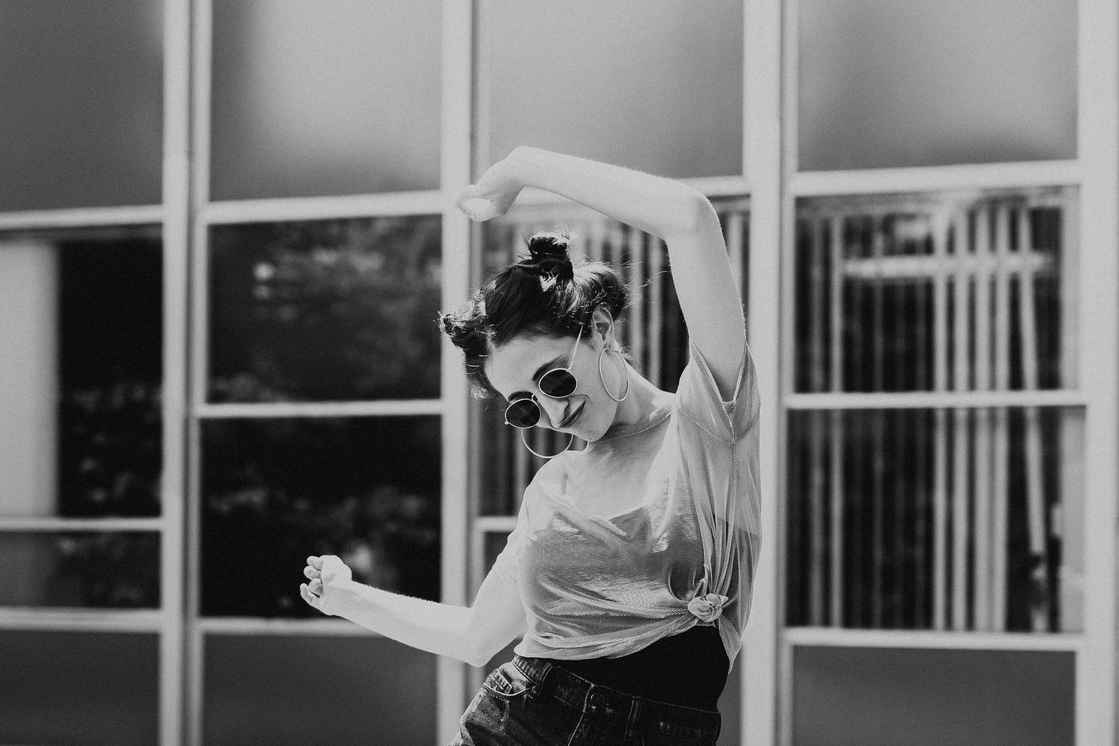 You're free to think.

It's funny because if you think that that person is who you think they are, you get super lost in a way nobody can actually think about you.

Nobody really sees you. Which is great, you can be free, and in that freedom, there's no violence towards others because you don't want anything from them. There's just love.

My dears, my friends, release them. Let people see what they see. It's what they need to see.

It's the next lesson.

You go back to being you — following your heart, exploring this miraculous landscape called life.

Discovering something beautiful on the inside and then sharing it with the world.

Until next time, cheers