Welcome. Cheers to this episode of ‘Meditate now’. We're going to take a little bit of a journey that invites us to recognize our REAL power.

It's an opportunity to embody that power. I love this subject because it's a very classic case of worldly, delusion said in a compassionate, understanding way because it looks like there's a sort of power in the world, and it looks like we want it.

But upon further investigation, we begin to recognize not only do we not want the world's idea of power, but it's impossible. It's not a real something.

If you're listening or watching this, then there's probably something in you that craves something real.

You've recognized through your journey that there are a lot of things that the world proclaims are real and worthwhile and valuable.

But as we've spent a lifetime chasing them, we recognize how fleeting it is.

There's something about it that's not authentic. It doesn't touch the core of what we're looking to connect with.

As we go on this Meditative journey, there'll be some pauses that invite you to just be and I'll share some words, some invitations to see something to allow for discovery.

We'll just let this be whatever it's going to be. 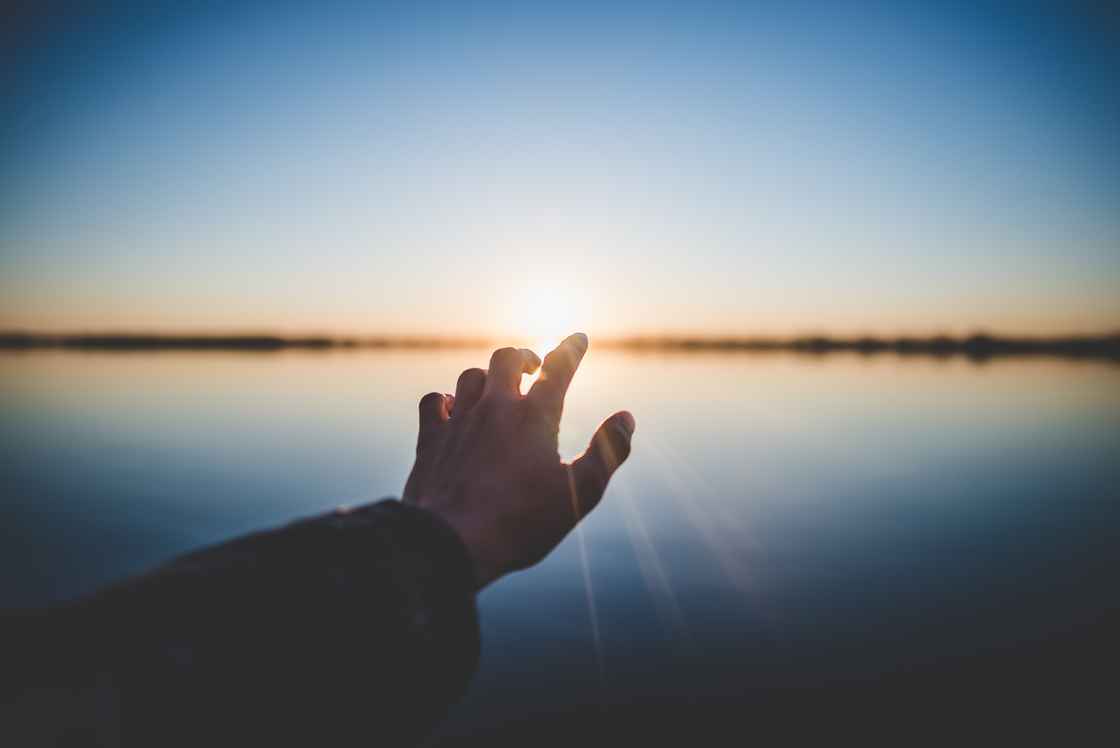 Allow Yourself To Be Here

In the most effortless way possible, we're just going to acknowledge the invitation of meditation, total permission to just be.

So we are going to bring our heart's devotion into this moment and really allow ourselves to be here.

It's as simple as recognizing that the mind thinks about all things yesterday, all things imagined tomorrow, all things not here right now.

We can watch that and just come back to right now.

Invite a relaxation to all parts of your experience, bringing the attention back to this moment.

With each breath, we can drop into a deeper and deeper naturalness and recognize that there is an effortless quality to just being. It's not asking for anything.

Everything is allowed to be what it is, and we're just relaxing into that presence. 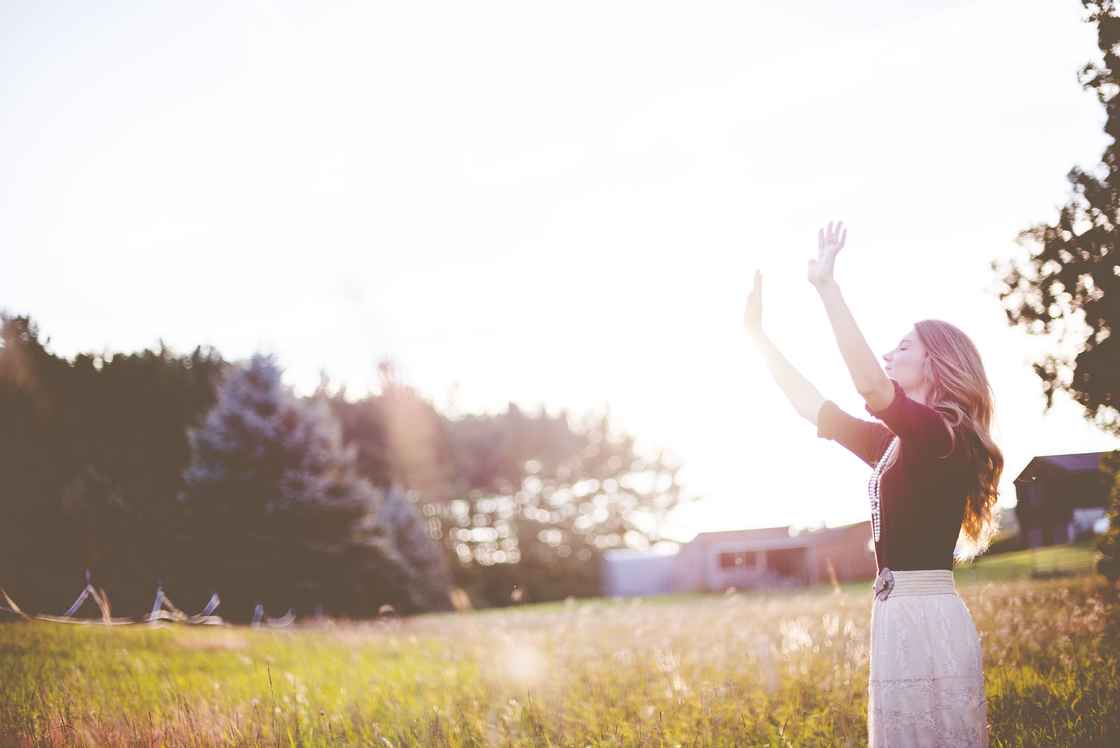 The title of this meditation is "Connect with Your Real Power"

Ensure maybe the mind has all sorts of questions about "what is my real power?"

But again, we're just going to be here gently to allow it to show itself rather than trying to find it.

The world's idea of power is some form of control over the outside world, whether it's circumstance or people, some sort of ability to manipulate that which is out there so that we can make it how we think we want it.

There's something very curious here that I just invite you to see.

This movement to control something.

This movement forces it into what you think it should be.

Or some sort of ability to get other people to be how you want them to be.

Do you see how in a way, we are attempting to take power from out there and claim it as our own?

We're telling others and the world, “don't be what you are, be what I want you to be. I want to see that I am in control.”

Which also says "I'll love you if..." it's interesting, this idea of power because the world's idea of power is that it exists in the future, and I've almost got it.

Do you notice this? That if the concept of power includes having control over the outside, then we must maintain this control, we must continually protect it, defend it.

That doesn't sound like power to me at all.

That sounds like a fear of losing what you're holding on to.

Almost as if one recognizes they are powerless and they're terrified.

Naturally, the confusion. The assumption is that I want things to be this way or that way so that I can be undisturbed.

Then I could be at peace.

Then I would know that I'm whole and complete.

So I demand that the outside be how I want it to be.

So that I can be free.

We attempt to take freedom from the outside so that we can find freedom on the inside?

That is to be a prisoner.

Let's just take a moment and breathe into this recognition.

We can maybe release that agenda that wants so badly to have power over others in the world.

Realizing that it's not that.

Realizing that that is a game that can never be won.

We're going to take just a minute or two and just breathe into the release of that silly idea. 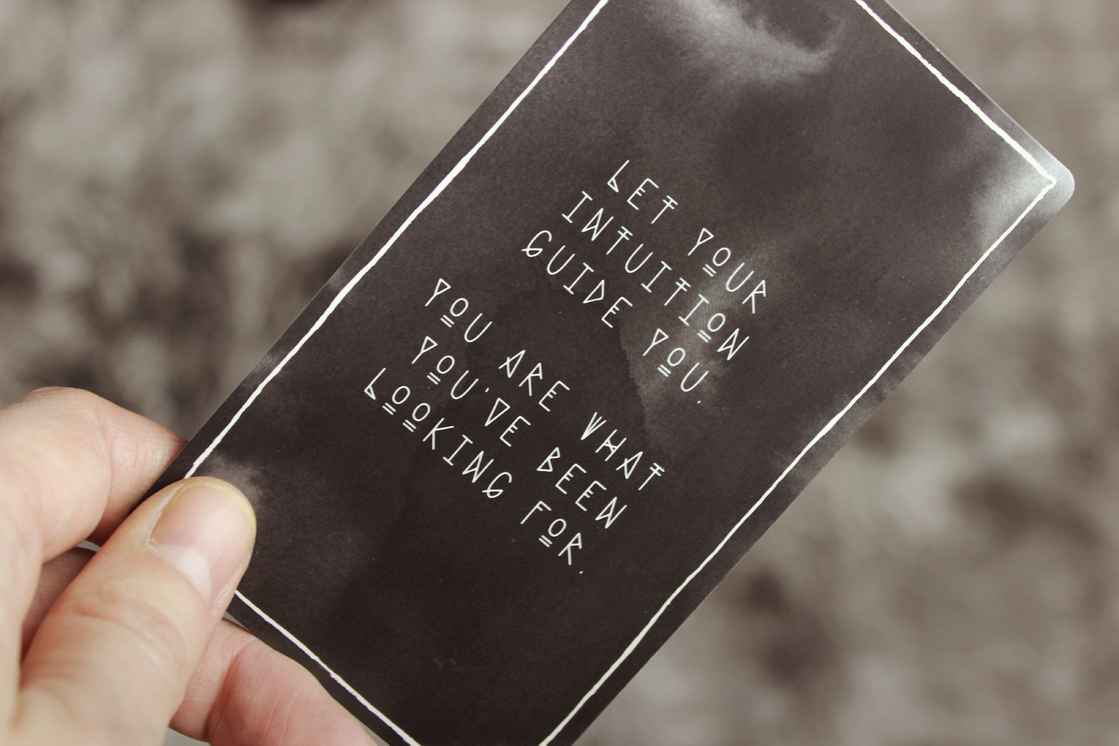 What is real power?

It's interesting too, because when we think about why we want this power, can you see that in a way, it's because we want to be undisturbed.

Then I wouldn't have to worry.

Then I wouldn't be missing anything.

But the confusion, naturally, is in the assumption that my internal state of being is determined by what's happening.

It's an assumption that positions myself as a victim.

And in that, I feel I must have power over the outside.

But this is an innocent misunderstanding.

It's a misunderstanding of what you are and how this whole human experience works.

Your emotional experience is not responding to what's happening in the world.

Any lack of peace or wellness experience is not because of what is or is not.

It's because of what you think is happening.

Your emotions are responding to how you perceive.

They're not responding to this, that, or the other.

This is where we begin to recognize your REAL power.

That is the power that recognizes your internal state cannot be touched by the world.

I'm not responding to you.

I'm not responding to circumstances.

I'm responding to my interpretation.

In recognizing this, I don't need you to be any other way than you are.

I don't need you to do what I want you to do.

I don't need this, that, or the other to change.

What is happening out there doesn't even begin to touch the wholeness I already am.

Can you take a moment and breathe into that?

To see that we are not responding to what is happening out there or separate from us.

We are responding to our own creation.

This is really great news.

Even if you might not be having an awesome time, at least you can see where the power really is.

Because I'll tell you what my friend, if you think the world has your power or somebody else has it, then you only become their prisoner and remain powerless.

So let's at least be open to the possibility that the power I crave is a power within what I am and maybe I just don't see it.

Let's breathe into that just for a minute or two.

Breathe into an openness that's willing to see that. 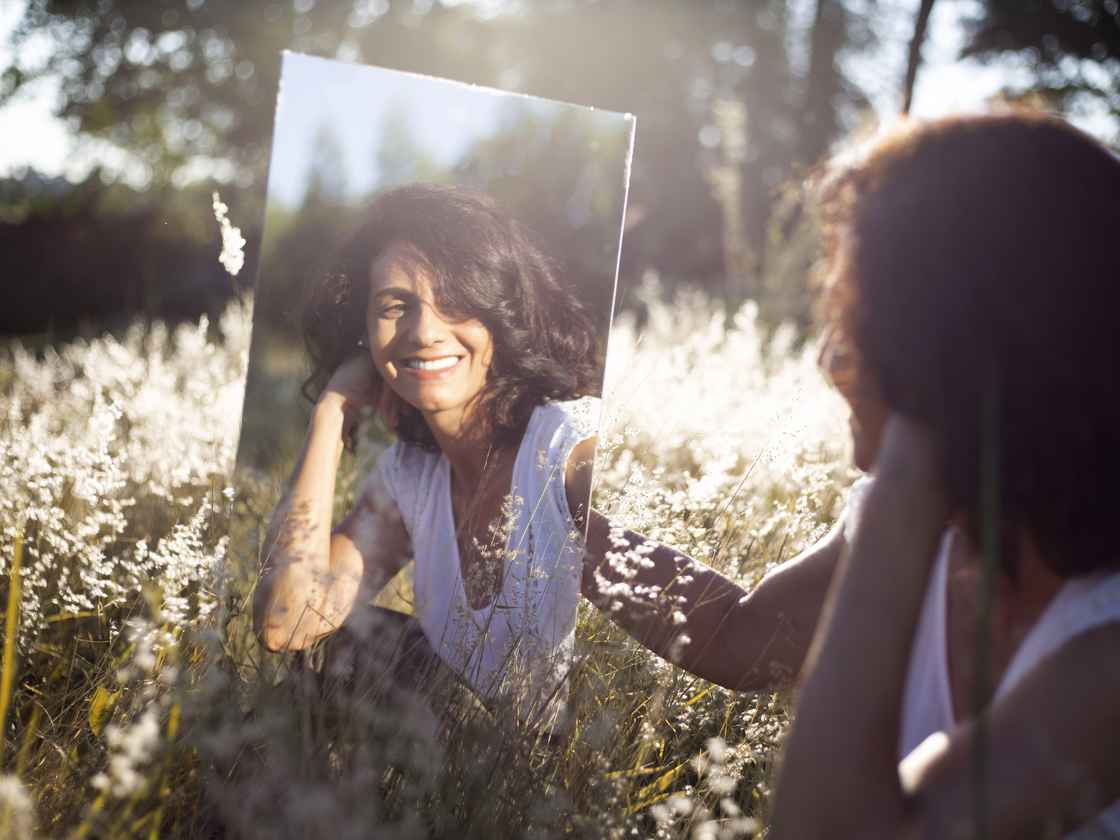 Connect With Your Real Power

There's a profound doorway into connecting with your real power.

It is deep self transparency.

Am I willing to acknowledge where I am giving my power away?

Can I be honest enough with myself rather than blaming someone else for taking it or blaming a circumstance for not being how I only think it should be?

So often we're scared to acknowledge that.

We're scared to see how our disturbance is self-created.

It seems much easier to just blame someone.

But as we've experienced, that's only easy for a short amount of time.

Because in that blame, you cut yourself off from the truth of what you are.

You can only do that for so long before you feel like you're slowly starting to die.

So let's come home to the truth of what is.

Let's see how we are projecting meanings that are not really there.

Telling stories that could never possibly be true because they're just stories.

We are interpreting things in ways that could never be.

All in an effort to hide from our real power.

It's time to give yourself back to yourself.

Connect with your real power.

We're going to take one more minute to breathe into that.

In the recognition of this, give the world back to the world. Give people back to people, and you come home to the truth of what you are.

In this space, you can recognize how free you really are.

Even if you forget it, even if you get confused, there's a profound truth to your freedom and the power contained within.

The more we stop trying to get it from the outside, the more present we become undisturbed by the storm that might circle around us.

You can stand in the middle and allow the storm to be the storm. It will pass as all things do.

Till next time, cheers. 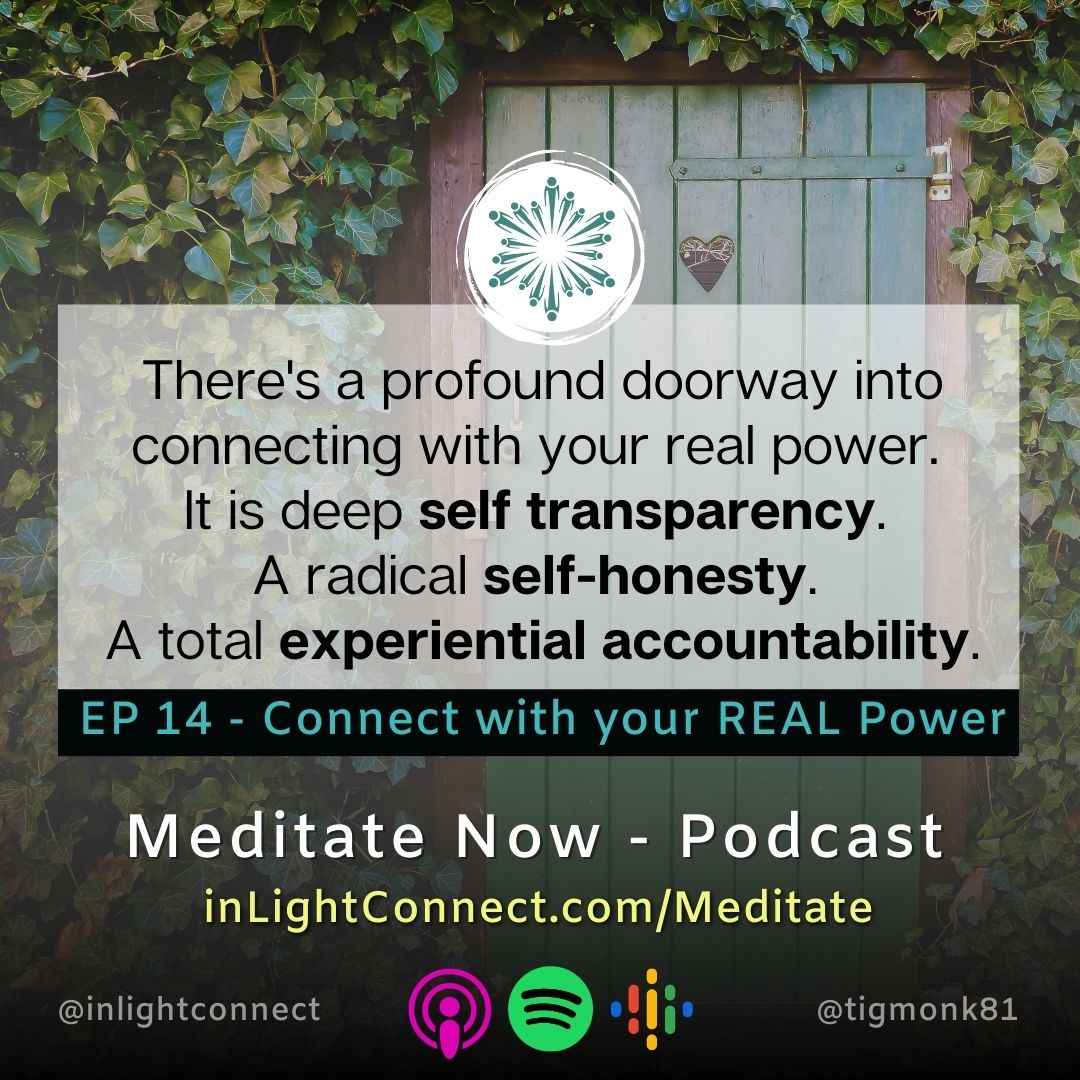 22) How to Be Passionate? - Meditate Now

21) How Do I Connect with My Real Purpose? - Meditate Now