See Beyond Your Ego's Filter & Forgive

We see people through a filter, a filter of how we see ourselves. Until the self-filter disappears, we won't actually see our fellow man or even Life itself.

In all the social drama that seems to create conflict and an unharmonious world (all varying degrees of war and violence), they are ALL reflective of this error in perception. Religiously speaking, this is a more accurate representation of the world "Sin," an error in perception.

It's so simple, yet, unimaginably terrifying for the self-idea that thinks it's a real self.

For the one who truly desires to look in this direction, to see the unshakable truth of life, the heaven that's been pointed to since the beginning, here is my gentle and direct encouragement...

See how violent you are, and let it bend your knees until you drop to the floor.

See how much you struggle to protect who you think you are and the subsequent pain this creates in your life.

See how you blamed others for getting in your way.

See how you perpetuate the drama because you're afraid to let go, afraid to disappear into the vast unknown.

Look, and see, just how terrified you really are and ask yourself... "what am I so afraid of?" Then, see that what you're afraid of... is the Truth of Life. 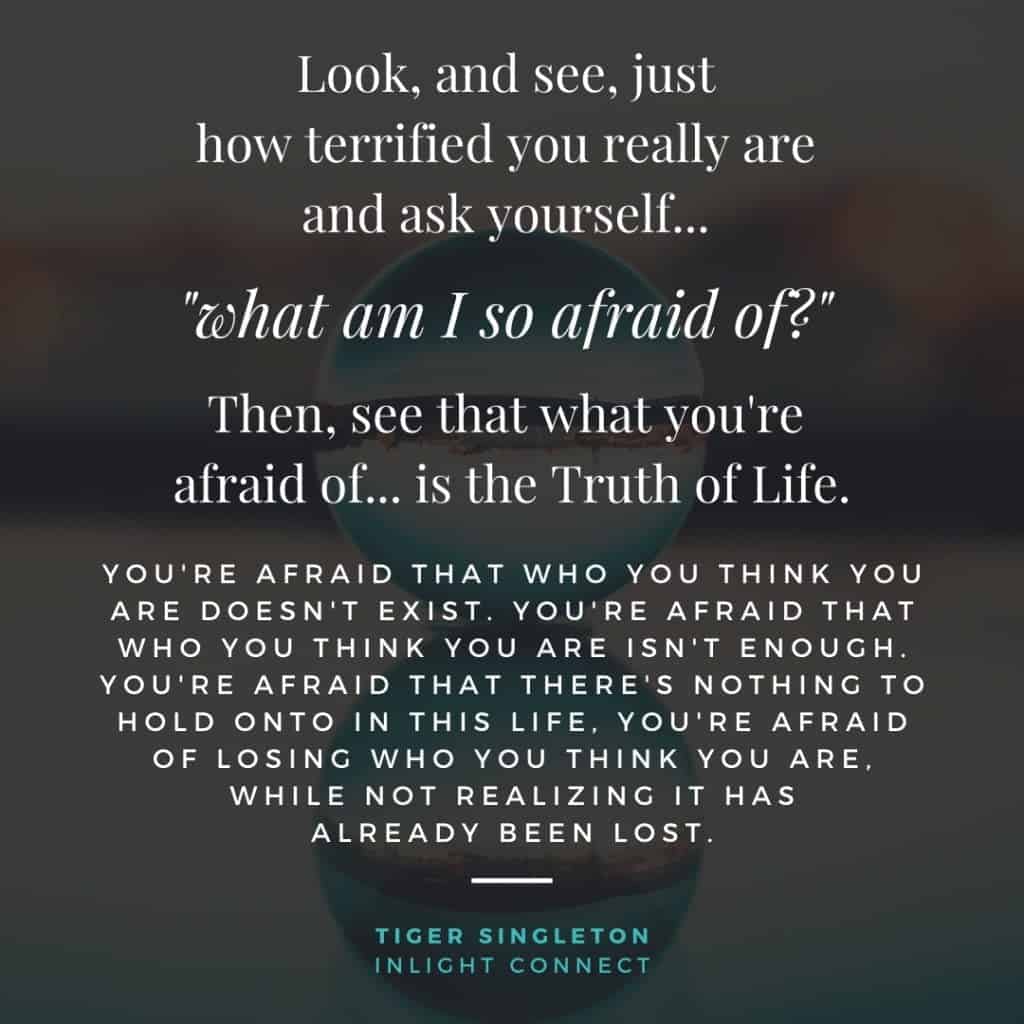 In this fear, you, understandably, fight for your ego's survival while mistakenly thinking it's 'your' survival. You oppose and reject what IS, refusing to even look at what IS, because it threatens your self-idea. You fight against the real so that the unreal can be real; it's exhausting and has never been sustained. You've only left a trail of violence masquerading as care and morality.

See how deeply rooted this self-idea is, and... see how you can't seem to do anything about it. Everything you've tried to do has only masked it or given it a new name; temporarily. Sooner or later it raged on once again.

Forgive everyone. See that no one and nothing has gotten in your way, because 'your way' was an impossible way; trying to survive something that was only imaginary. See that you pretend to know others, especially those you blame. You pretend to know what they should or should not do in order to protect your own imagined world.

Forgive everyone. Admit to yourself, deeply, that your whole life you've been "trying to find yourself" while using other people as ponds; loving those who seemed to help you and withholding love from those who seem not to. Is this not a violence that uses love as a weapon? 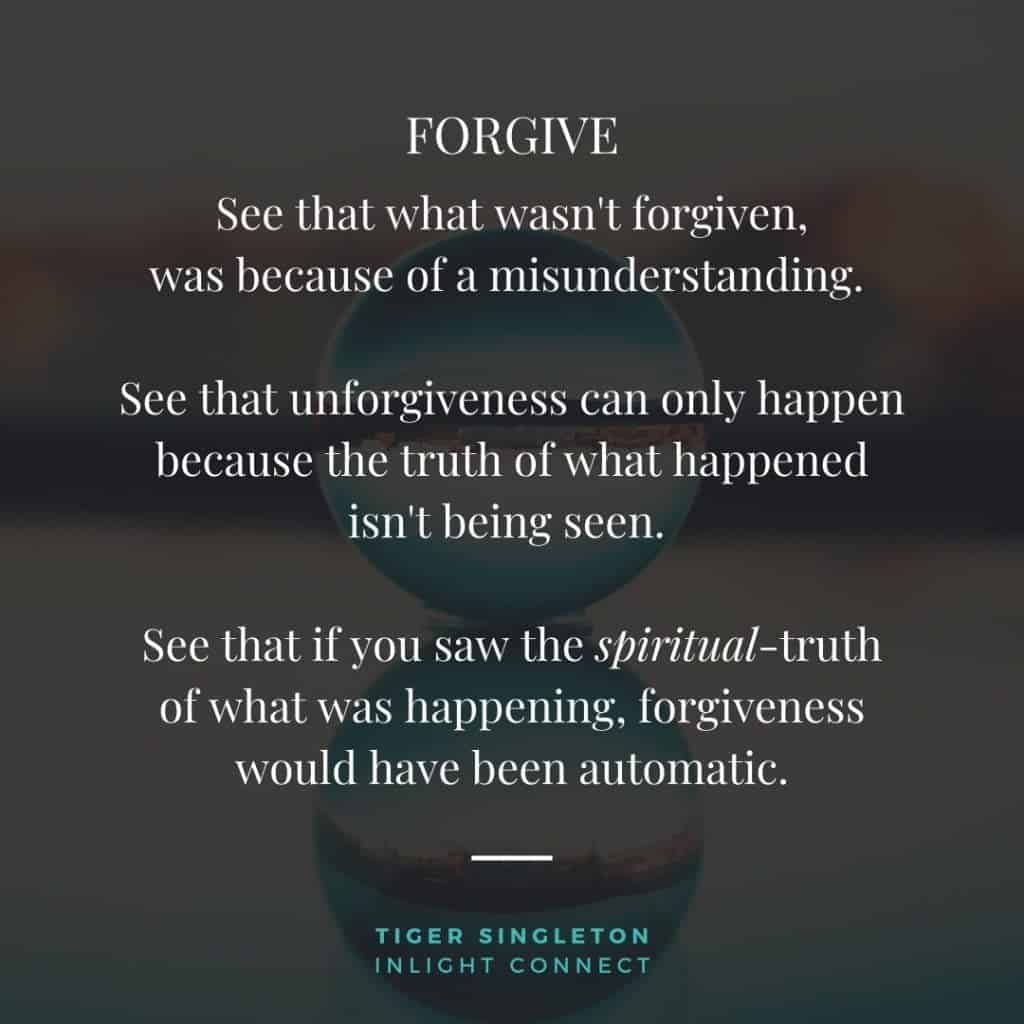 Forgive Yourself.  See that you didn't know, and if you did know, there would have been no violence. See, deeply, you cannot know what you do not know, and... what is known now, only comes by way of what was not known. This is innocence. "Father, forgiven them, for they know not what they do." If they knew, then they would not do; so no worries. Let us celebrate the knowing of right now.

Forgive Yourself. See how easy it is to be blinded by this illusion of a self-idea, see that everyone who has ever lived has been lost in this illusion. Also, see how you will again be lost and will confuse yourself as something you are not. It will happen again, and there's nothing you can do about it. See as well, this applies to everyone else.

We are all doing the best we can, given the level of confusion we are working through; we are all innocent. Whatever the confusion is that's being worked through, ultimately, and totally, it serves the purpose of the Truth of Life being seen.

As you see the truth of Life from beyond the filter of a self-idea, that nothing real can be destroyed and everything is already forgiven, you will touch upon a Heaven that is already here, already present and very much alive.